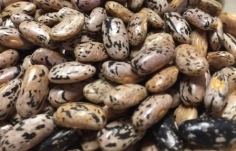 My 2017 garden has not been one for the record books. The main reason for this is the amazing opportunity my husband and I had to travel this summer, due to a generous gift of time and funds from the church he has led for over 25 years. Thirteen thousand miles and a thousand pictures later, our unforgettable summer has come to an end. But there is always next summer for the “garden of my dreams”. 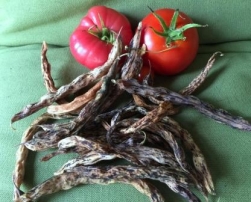 One redeeming quality of my less-than-useful garden this year has been saving seeds for next year. My green beans in particular became overgrown, with bean pods ripening past the point of enjoyable eating. So I allowed the pods to dry on the plant until the beans inside were nearly bursting out of the pod. Then, after removing the dry pods from the plant, I pulled each one open and removed the dried beans, preserving them as seeds for next year’s garden.

The Seed Savers Exchange first opened my eyes to the benefits of saving seeds. The typical seeds you buy in a store are generally hybrid seeds, meaning the seeds it produces in its first harvest may no longer contain both elements of the hybrid, thus making it unable to reproduce itself the following year. Enter the Seed Savers Exchange! They offer fantastic resources on saving seeds, such as this award-winning book, The Seed Garden.  A few years ago I ordered several types of seeds from them. My green bean crop this year was grown entirely from seeds I saved last year, which was grown from seeds I purchased from a Seed Savers source the year before. Free seeds and free green beans every year sounds like a great plan to me! 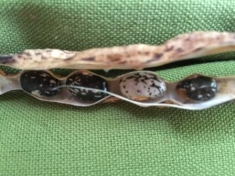 This morning I enjoyed some quiet moments on my screened-in porch, listening to the birds sing while I pulled bean seeds from crunchy pods and dreamed of the 2018 harvest already in my hands.  My favorite thing about gardening? Hope. Hope that is found in something as tiny as a seed. Hope that keeps me going, that calls me to try again. Hope that is still present in something that seems as useless as a dried bean pod, telling me there is another season of harvest yet to come. Sometimes all we have is a tiny seed of hope – but that seed of hope can grow into something beautiful if we don’t give up.

Follow A Country Girl in the City on WordPress.com 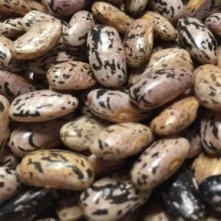 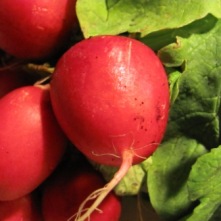 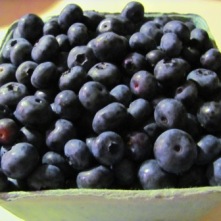